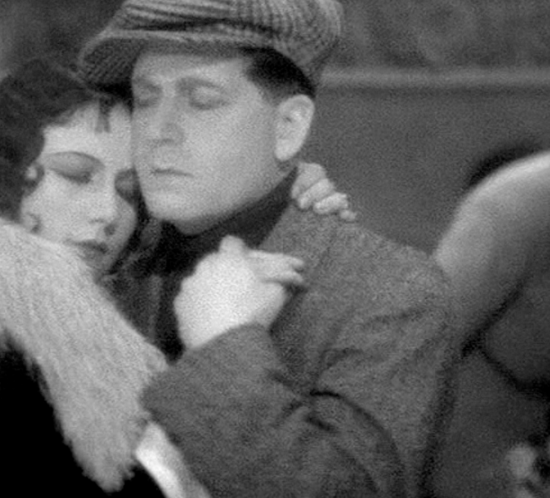 Creation of more-dimensional characters through speech

A chanson sounds through the streets of Paris, charms the people in the streets and in their houses. The charming young man Albert seduces his audience and the spectator in front of the screen with his harmonic voice singing about love. His enthusiasm infects all the people around him. Smiling and gesticulating he invites his audience, the Parisian bourgeoisie, to sing with him. Albert is collecting coins for the notes when he takes notice of a young woman. Pola is going to trouble him during the following 88 minutes of the film.

The mysterious young woman Pola is courted by all the men in the film, since the moment she steps out of the crowd in the street. Albert takes the role of the charming hero trying to win her heart. 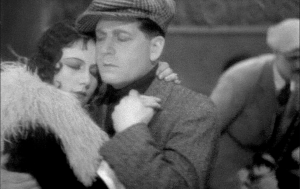 But they don’t stay that stigmatized. The introduction of sound in the early cinema, only two years before the launch of Sous les toits de Paris, allowed the director to step back from these stereotypical protagonists and to create more-dimensional characters. The classical roles of the male hero and beautiful woman who is to be conquered are developed towards individual personalities through their speech.

The first time Pola gets to speak in the film, is a conversation in her room with Fred, Alberts competitor: “Who’s there? What do you want?”, she asks with a high and affected voice.  She is rude and rejecting in every conversation. With a childish and stubborn voice, she refuses his invitation to dance saying, „I don’t want to dance” even though in the end she will go out with him. Her whole behaviour is artificial.

The scene when she argues with Albert in his room gives the spectator a hint on how to classify her character. Albert calls her “pretentious”. That image which had already come up in the conversation with Fred is the most characterizing feature of her personality. For the rest of the movie she remains the pretentious girl in the view of the spectator. But it is also a statement that characterizes Albert. The scene in his bedroom portrays him as an inpatient person, who is irascible and rude. A few other conversations strengthen this impression. When Pola stands in front of his door even though they have said good bye, he is furious. With an angry voice he replies, “Okay, so stay here. Make yourself at home.” 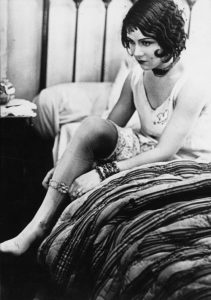 The absurdity of the milieu

The most characterizing impression on all the conversations, yet, is their absurdity – most visible, when Pola and Albert speak in the corridor of a house. They just ran away after a man tipped a pot with water on the singing crowd in the street. Pola accuses Albert saying “You were scared”, and he replies “Me? You’ll see!” before demonstrating his courage by descending in the street facing his opponents – but only after a discussion going “No”, “Yes”, “No”, “Yes”, “No”, “Yes”. 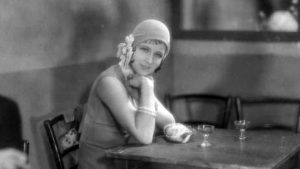 Through the speech the director exposes a certain absurdity of the social milieu the story takes place in. At the same time, the protagonists step away from the classical roles, becoming multi-faceted individuals, more vivid and more identifiable. 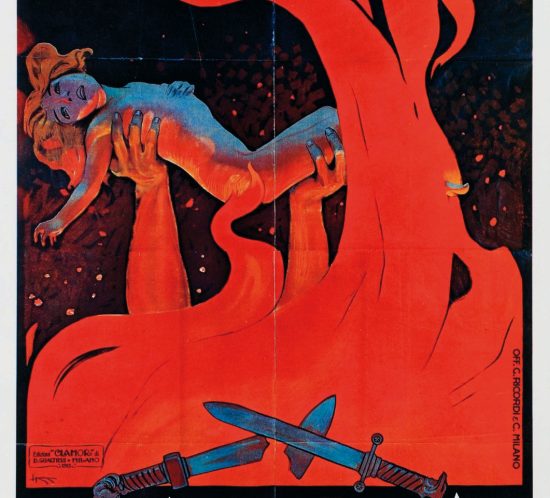 The demonization of fire 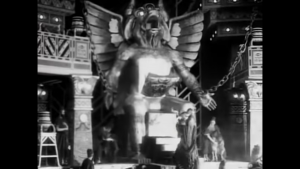 A wriggling child, sacrificed to the jaws of the hungry god Moloch, devoured by flames in front of a cheering crowd who wave burning torches and dance out of joy.

The behaviour of the Carthaginian people demonstrated in the crucial sequence of the sacrifice is barbarous, cruel. Quickly, the Carthaginian are exposed as the evil player. Not least because they use fire for their ritual, which has already a bad reputation at this point of the movie (and of course because they sacrifice helpless kids, but back to the fire).

It is a key element driving the story towards its turning points. But other than dramaturgic, it has also a highly symbolic value. It serves as an instrument for polarisation and as a bridge from the historical era depicted in the movie to the contemporary political climate in Italy in the 1910s.

While the barbarous Carthaginian are fascinated by the flames, they have another notion in the harmonious life of Sicilia. The first sequence of the movie establishes the civilized and harmonious life in the house of Batto in Catania, Sicilia: people moving slowly and illustriously, the costumes show wealth and elegancy. 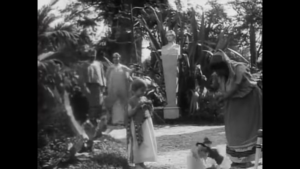 Cabiria and her servant Croessa play with dolls in the garden until her father and mother come, the small girl runs towards them to embrace her father.

The girl Cabiria is filled with joy and kindness as is the relationship to her father and her servant. It is only due to the eruption of Mount Etna and the following fire that the sequence is resolved in destruction. Everyone is suddenly scared and fleeing. In this confusion the servants try to escape. The fire allows them to get to the secret treasury of their master Batto and to steel his coins. This unmoral behaviour is only made possible by the destructive force of the fire. It allows the tragic kidnapping to happen which is the foundation of the plot. After the presumed loss of their child Batto and his wife show a strong emotional attachment.

While in Sicilia the fire is the dark force that destroys civilized society, in Carthage it is part of culture. This polarisation is in fact a highly politic message considering the political climate in Italy in the 1910s and 20s. The rising nationalist ideologies in the frame of colonisation efforts in Libya gave the issue of Cabiriaa value for contemporary debates. Considering the role Gabriele D’Annunzio took in the fascist Italian movement after 1919, this politic orientation seems likely.

Even in the depiction of the battle between Hannibal and the Romans it’s easily distinguishable who are the evil ones. Archimedes, the creator of the crucial weapon is insanely attracted by the power of the fire that destroys the Roman ships. 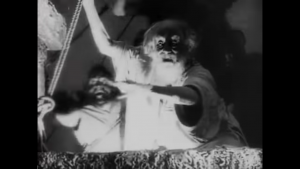 Seeing the ships catching fire he gets a dreadfully look in his eyes, he praises the destruction with expressive gestures and yelling.

At this point of the movie it is yet clear that the protagonists who are attracted by fire must be enemies of the Romans alias the god ones. Maybe it is due to this political notion, that the movie was successful, even after the great cinematic developments in the following decades.