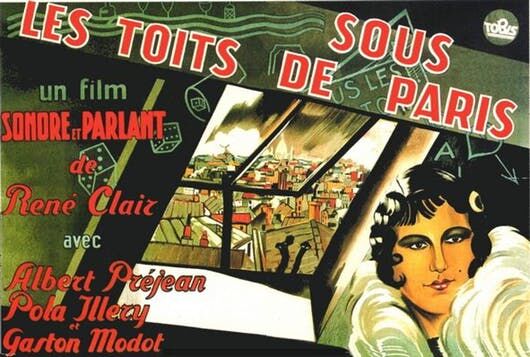 The film showed a typical lifestyle in Paris at that time, like Gatsby in America, with vanity and luxury. A simple love story told by the director but touched the audients a lot. A guy, named Albert, makes living by singing in a lower-class quarter in Paris. One day he meets a graceful lady Pola, the street singer Albert falls in love with the Romanian party girl Pola, who is the companion of the gangster Fred. One night, Albert meets with Pola again when her key was just stolen by Fred, Pola is afraid to return home, so Albert brings her to his room and they spend the night together, with Albert sleeping on the floor and Pola on his bed. Early in the morning, the pickpocket guy brings a bag with stolen pieces and asks Albert to keep the bag for him. When the police busts Albert’s room and finds the stolen goods, he is arrested and sent to jail. Meanwhile Fred travels so that Pola seeks comfort with Louis, who is a friend of Albert, and they stay together. When the real thief is arrested by the police, he confesses that Albert is innocent. Albert is released and seeks out Pola immediately, at that time, Fred returns to Paris and also seeks out Pola that is with Louis. The three men all love and want Pola, so only fight can solve this kind of problem. Finally, Albert gives up and helps his friend fulfill his wishes to be with Pola in the end. 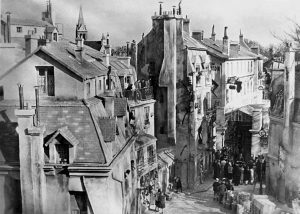 The story may seem a little bit thin and weak in nowadays perspective, but at that time, no doubt it was a hit for the integrated narrative, impressed musical comedy and romantic atmosphere. People can catch a sort of French romantics and fashion from this film, which is based on 1930s, in the middle of two world wars, the youth relieve themselves to enhance the new world and booming industry also expand their imagination to approach new lifestyle. We can see all kinds of cultural prosperity at that time around the world, including China and the US. Although the US faced the big depression, but Hollywood was born due people need escape from the reality and entertain themselves. As in China, especially in Shanghai, thousands of pop stars shown up with films and gramophone records, dancing and clubbing with nightlife was a pop culture and soon became a symbol of upper class. While the film is mainly describing the lower-class entertainment, singing songs with the street singer and standing besides the bar with a drink, it accommodates many audients to feel themselves in the sequences as a common people living in a metropolis, but it does not become realistic depictions of circumstances, but a poetic romance, for which reality is only one aspect of life. So it is a fantastic attempt to combine romanticism, realism and idealism all together.

This is the first sound film by René Clair in 1930, though it is part sound and part silent, which is very similar to 1927’s “The Jazz Singer”–with a few songs and a bit of dialog but otherwise being essentially a silent film. Characters only speak when they have to; at other times, they use gestures. We could consider it as a bridge from the silent film to sound film, people would easily benefit from the silence and melody. 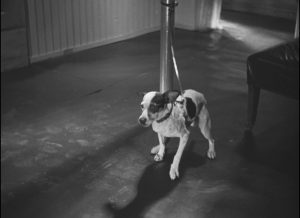 Although the integration of sound and image is rather primitive in this film, the portions that include song or instrumental music possess a grace and ease of motion, which people could be easily touched, and the song and instrumental music is also a part of the plot, not only convey feeling and motion, but also makes the story vivid and completed.