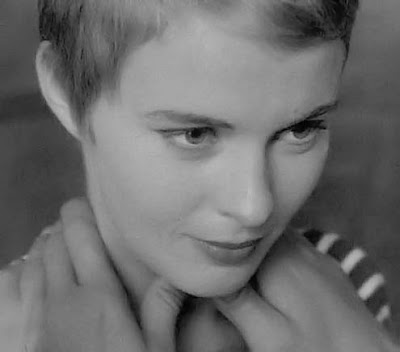 “A bout de souffle” – “Breathless” – fulfils the promise contained inside its title.

The whole movie is meant for leaving the spectator astonished by the magnetic relationship between the two main protagonists, as well their immorality. The “dégueulasse” (i.e. awfulness) of the characters, living such romantic and deplorable love story, leave the spectator confused and uncomfortable at the sight. The main achievement of the movie indeed, is to attract us inside the story, building a special bound with the viewer, but at the same time it directly clashes against any social convention and values we grew up with, leading us inside a trap were we cannot exit. 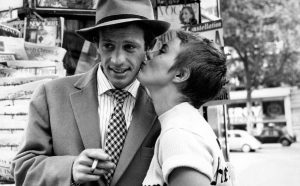 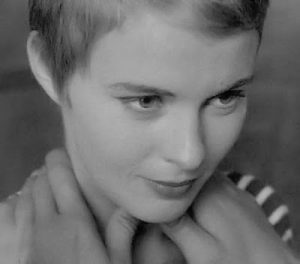 The movie, screened for the first time in 1959, comes from a blurred and not- sentiment of rebellion and disrespect of what was the French cinema of the time.

Indeed, the whole system in which French movies were produced was completely hostile to innovation and creative freedom, as they would represent a risk for the commercial value of the product.

Jean Luc Godard, the director, through his masterpiece aimed to rewrite the rules of the cinema as well its values. 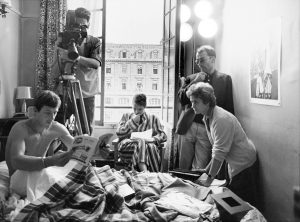 Michel, the male protagonist of the movie, occupies the very first sequences of the movie.

He is immediately presented as a gangster, always with a cigarette on the brink of his lips ready to fall down at any moment but still kept glued to Michelle’s lips by an unknown force. As his cigarettes, Michel is pushed by the flow of the events toward more and more faltering position, managing somehow to elude the peril until the very end of the movie. he only thing he seems to care about is Patricia, a twenty years old American girl, libertine and naïve at the same time.

Throughout the movie he is constantly living of violent and criminal expedients, lying even to Patricia for covering his real economic means.

However, this figure of dangerous and muscled gangster, that pay a tribute to the Hollywood tradition, is not without paradoxical connotations. Michel’s profound love for Patricia adds a sweet-biter shades to the overall psychology of the character.

Patricia, at the same time, embraces the main vogue of the time who were redefining the space and the role of women inside a clear misogynist society: she wears the typical hair-cut “a la garçonne” for modern girls, she doesn’t wear bra and moreover she is determined to “resolve” the little issue growing in her venter. Her naivety mixed with pure selfishness encroaches toward a ruthless cynicism, creating a character that we both admire and hate at the same time.

But if the rebel and anti-social psychological attitude of the protagonist are meant to shock and scandalize the audience, the magnetic relationship they share divert our moral judgement from their misbehaviour.

Even if expressed in totally different and, at the very end, conflicting way, the love they prove for each other demands our admiration. 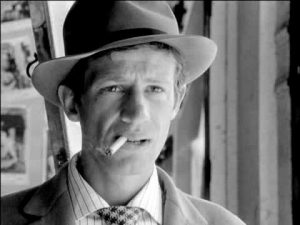 Looking at the larger contest of dissociation of the movie to any previous cinematic norm we can draw an important parallelism.

As the anti-conformism and immorality of the main characters is overshadowed by the incredible strength of their love, at the same time, the apology of the rebellion against French cinematic tradition expressed by Godard inside this movie, even if disrespectful and hasty, will lead by default to a humble and pure act of love for the artistic purpose of cinema