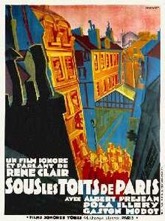 In this blog post, I would like to discuss the importance of the film: Under the Roofs of Parisespecially in the expressions of realism in the film and its use of new technology.

Under the Roofs of Parisis a French movie that were shot in 1930 in France. The genre of the film is categorized as the standard entertainment genre which most of the time aim to display every-day exercise of talent and tradition according to a researcher Andrew Dudley.

Around this era, realism was the one of the main ideas reflected on French films. It was popular to depict a story of every-day lives of ‘normal’ people. Under the Roofs of Parisis also one of them. Many French films inclined toward casting normal citizens to play characters in the films in order to express the everyday happenings more accurately rather than politicians or heroes while primarily one of the means of star actors were to address current social issues indirectly. To maximize the realism countenance and let the audience enjoy the peculiar relationship between the characters, the plot, dialogue, and decor were designed to prepare for those moments when the actor could play himself. 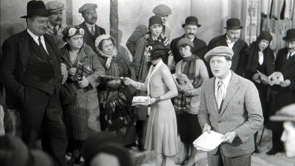 One of the impressive points in the film was a song. As reported by Dudley, there was a tendency that French public demanded more familiar songs, singers and routines. In this film, one of the most explicit examples which you can find is the song sang by the main character Albert and other characters. There was one particular song kept being sang by the characters and played in a lot of scenes. It appears that the story of the film always involve around this song. Because of the intention of the movie was to express the every-day life of French people back in the day, it seemed like that the song itself and the action itself of how people always sing together at a square were speaking to the spectators.

The technical use of the body language in the film was also one of the most interesting parts of the film. Despite the fact that there were not so many lines of the characters, the body language of the characters was not very expressive. On the other hand, the first film we watched for the blog post: Cabiria, it seemed that the expressions of the characters by their body language were quite emphasized. In terms of slowness of the films, personally I thought that they were similar. In my opinion, one of the reasons why this approach was used is due to the topic of the film. As I mentioned before since the plot is about people’s every-day life, there was not so much confusion and it is also easy to follow the story without much of characters speaking their parts. Unlike other films with not many lines of the characters, the limitation of the lines and no description line between different scenes, the movie succeeded in conceiving its story to the spectators. 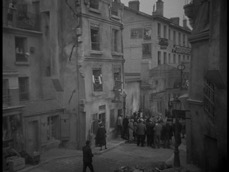